Only a few ODM Make Everything 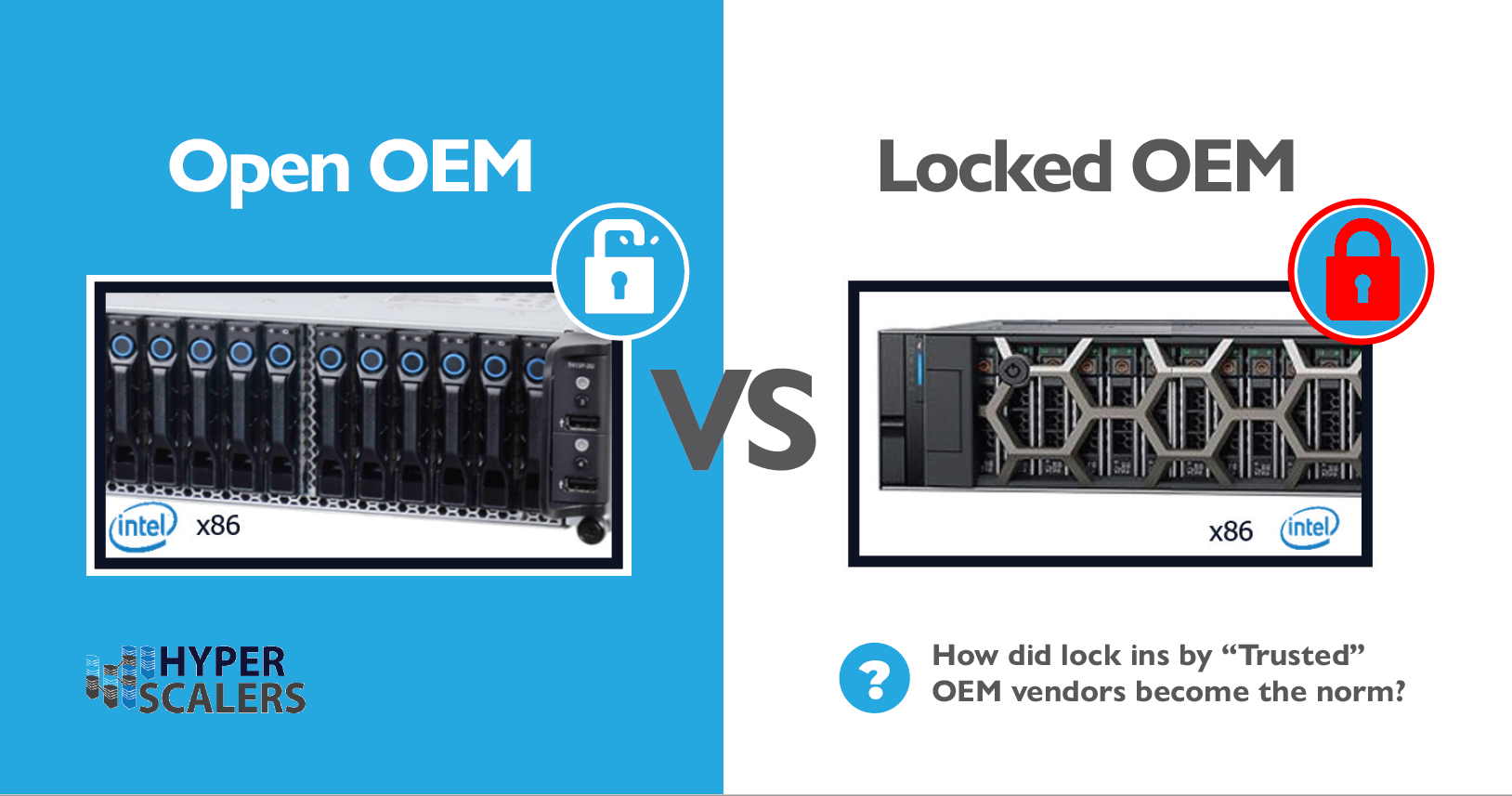 Just a handful of Original Design Manufacturers (ODMs) make everything Intel x86 based for Tier 1 Original Equipment Manufacturers OEM such as HP, Dell and Cisco amongst many others. Who then systematically re-brand and lock down every possible facet.

Systematic Re-Branding and Lock-Down of Every Facet

From entire appliances that come preloaded with firmware and software making it impossible to re-purpose later. This ranges from switches that could never run on a different network operating system, to storage servers where everything is locked and re-branded: From software to firmware, from chassis all the way down to CPUs, NICs, RAM, DACs, SSDs and even HDDs.

The Problems with Being Locked-In

This problems with the traditional lock-in approach become evident in scenarios when:

Not Intended to Benefit YOU, the Client

Whilst effort exerted by proprietary vendors to lock up third party software, firmware, hardware platforms and commodities, is significant and costly, it is abundantly clear that the process is NOT intended to benefit customers.
Begging the question -

How did lock-ins by so called "Trusted OEM Vendors" become the norm ?!?

How is HYPER SCALERS HS Different?